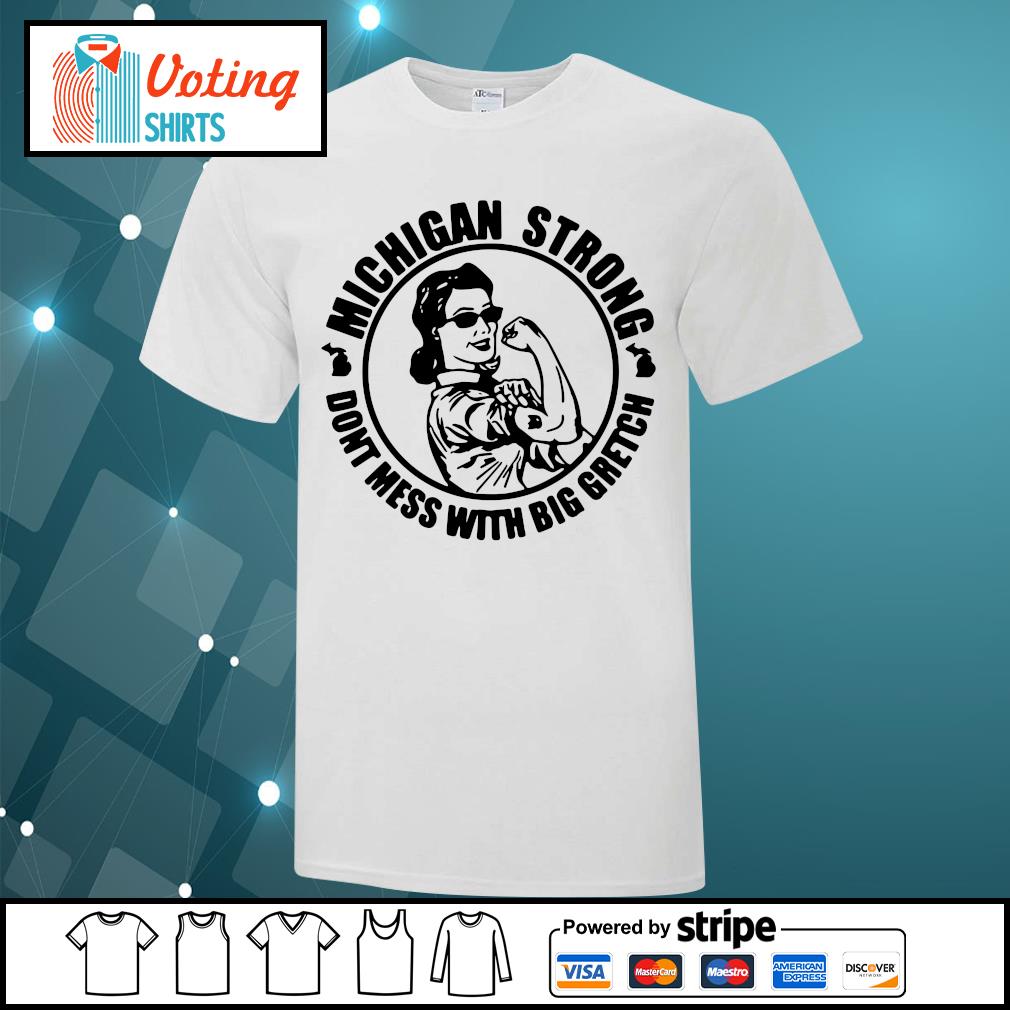 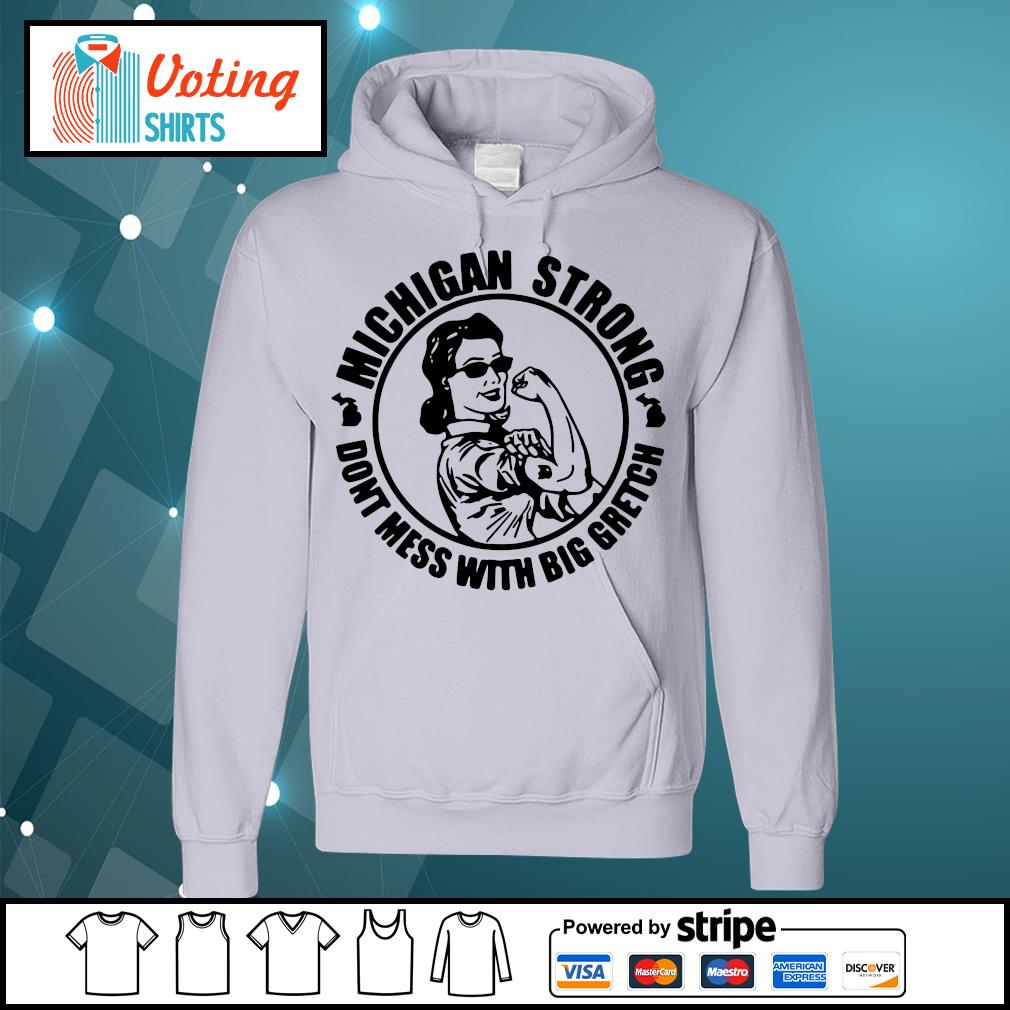 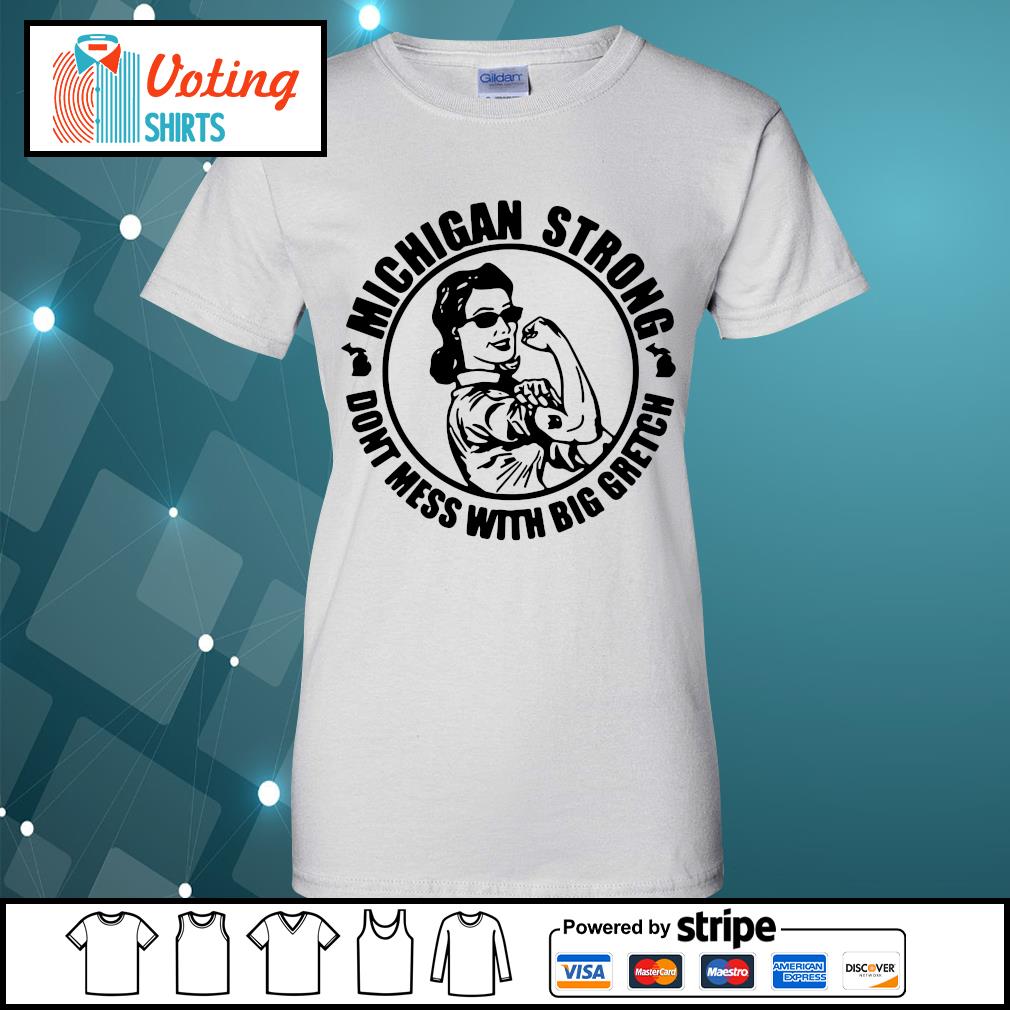 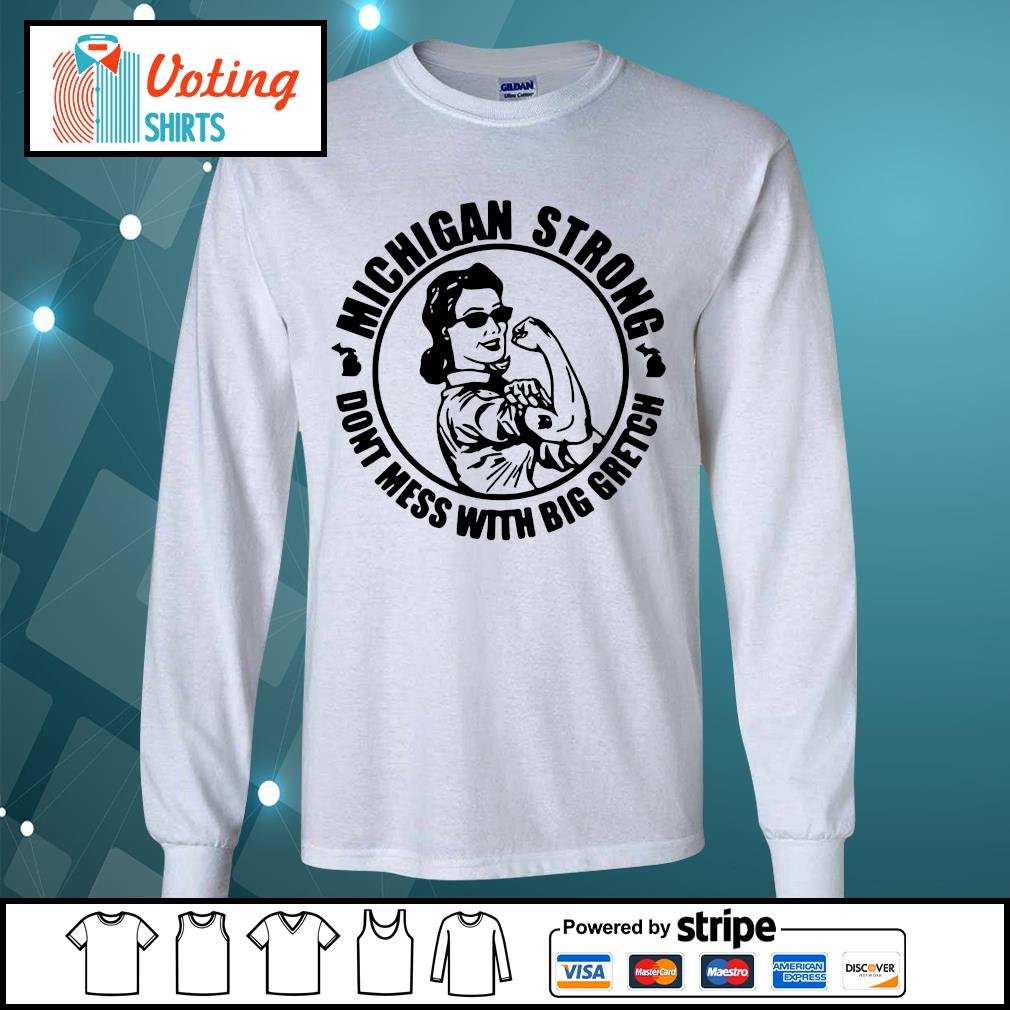 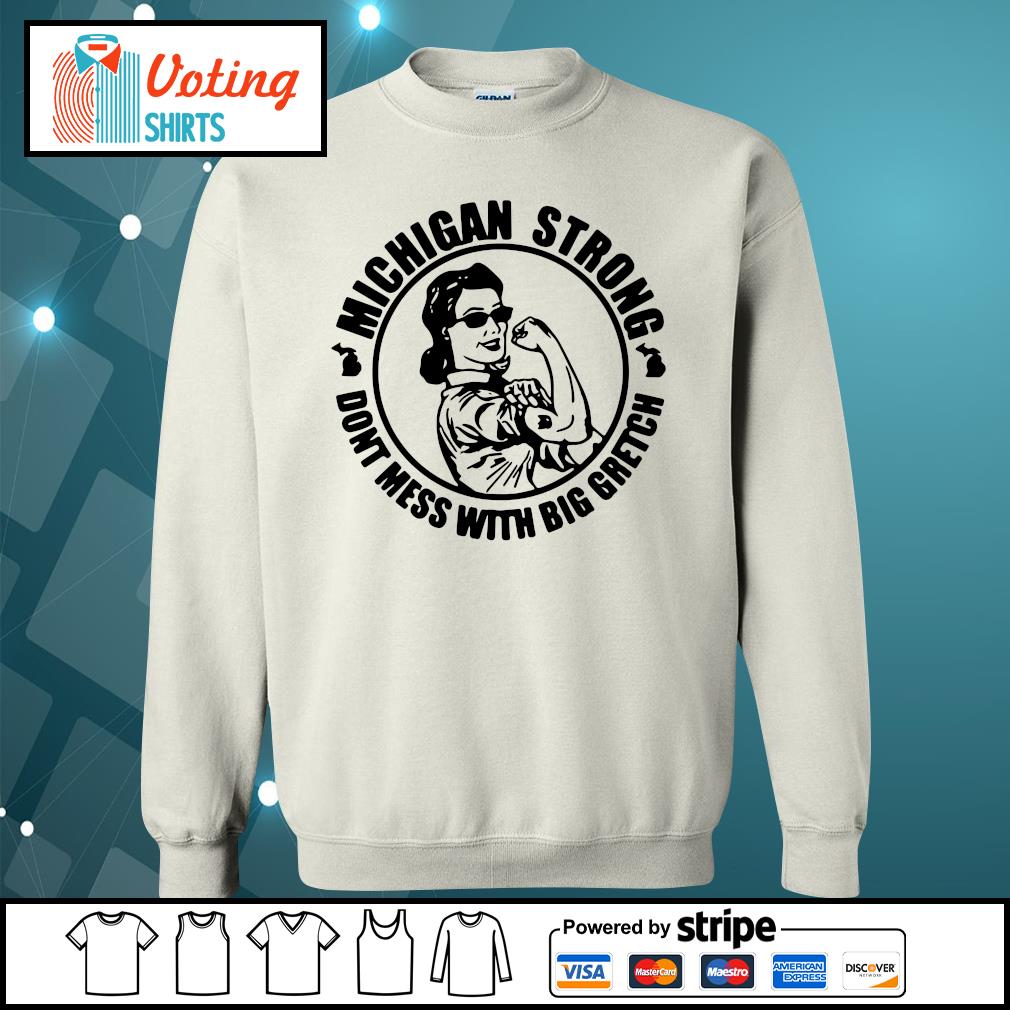 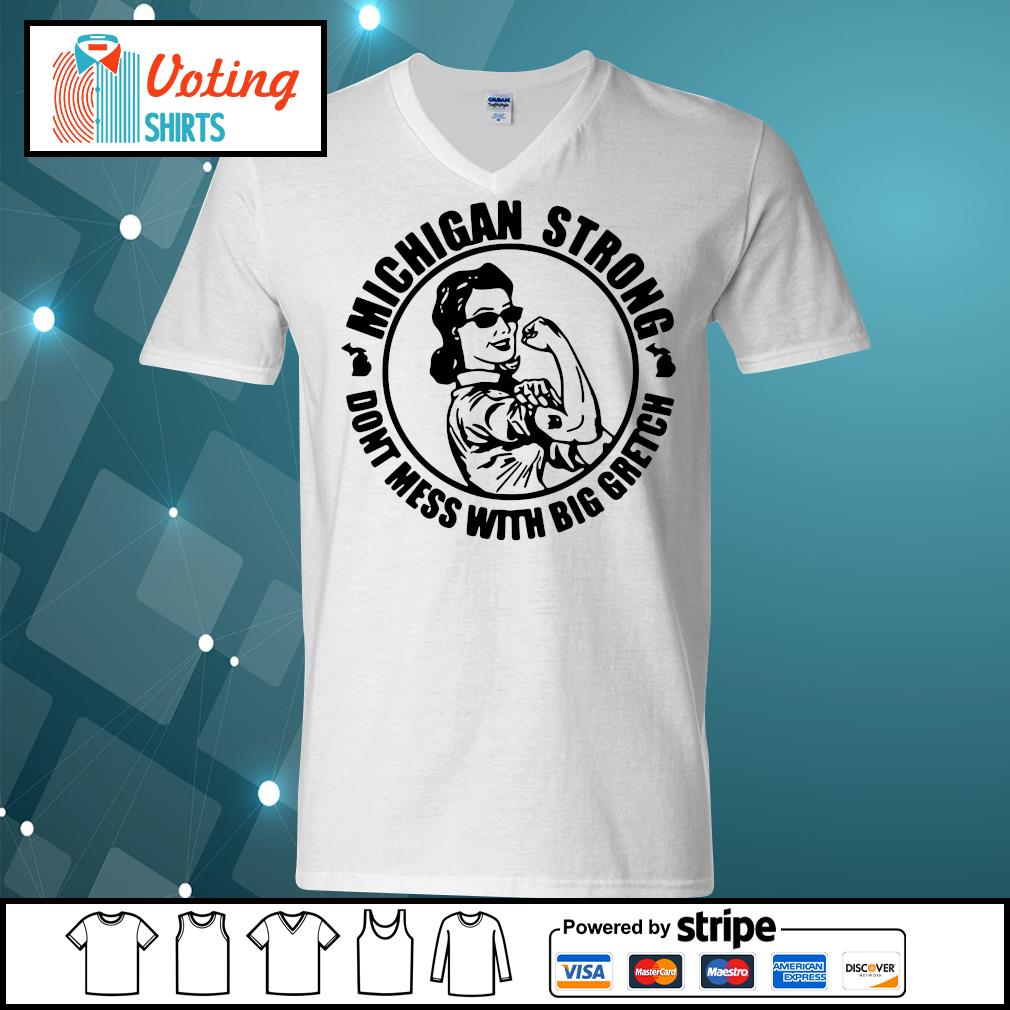 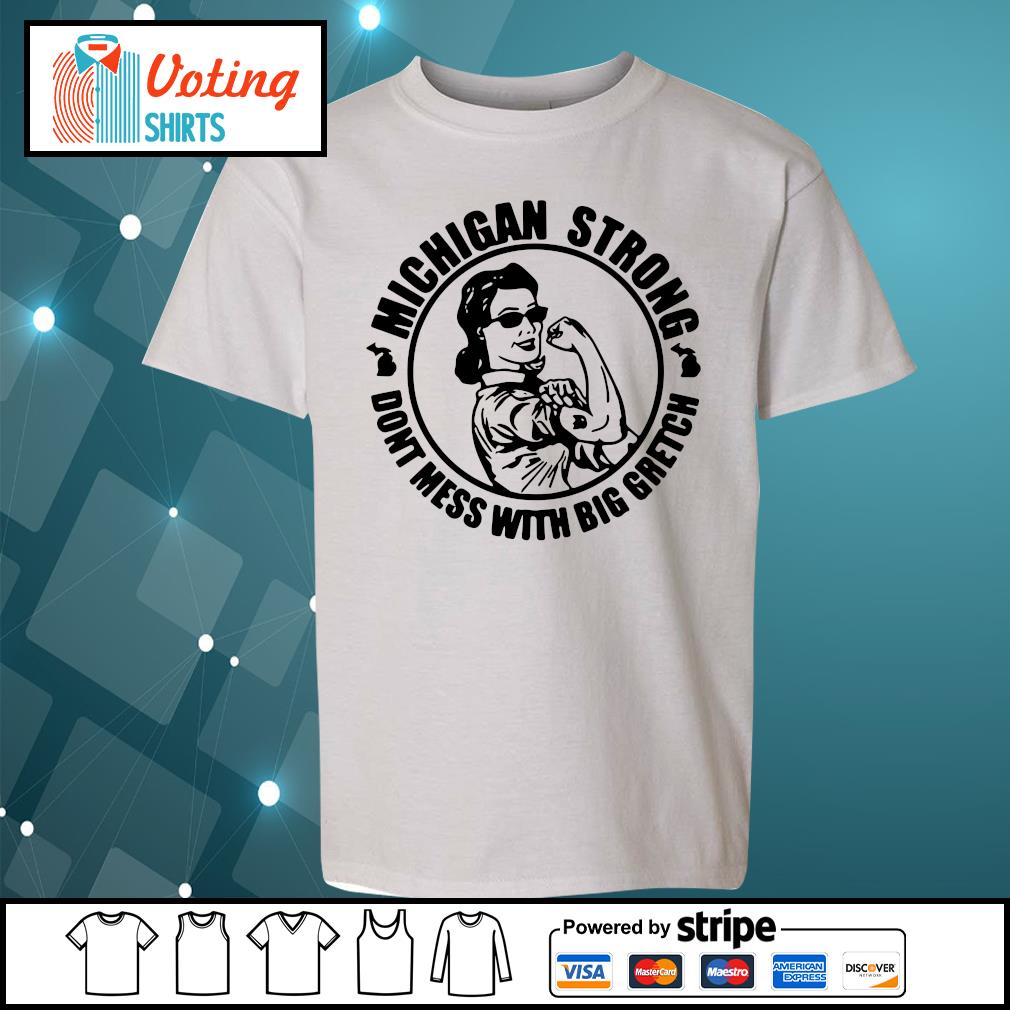 When I was growing up, my father insisted we have lunch together on Sundays. We all sat around a huge dining room table. The meal began at around 2:30 and we pushed back our chairs and hugged each other goodbye close to 6:00 p.m. Lunch on Sundays was often a drag – we all had places to be and other people we wanted to spend time with. We argued a lot. My father insisted on “elevating the Strong Woman Michigan strong don’t mess with big gretch shirt and by the same token and conversation” which meant we were not allowed to gossip or say petty things about the people we had in common. Also, he did not allow side conversations – where one of us whispered to the person sitting next to us. It all had to be a single exchange, where everyone was listening, engaged and participating. It was regulated too you are really quiet today. What have you been up to?” or “OK, Dushka. Let others weigh in on that. We’ve already heard a lot from you. We talked about the book we were reading, how we were doing in school (and later, at work), or whatever we thought was unfair. We whined. At least once a month someone threw down a napkin and left the table in a display of indignation. The hours spent in that dining room were the only time I got to know this assortment of characters I call “family”. It was the only time I heard what they had going on, what mattered to them, or what they were irritated about. It was the time when I got to meet the people who were important to them, as we all often showed up with a friend or a significant other. Using his power and cunning he was able to secure the throne so that his sons inherited the kingdom. Then his grandson. Then his great-grandson. And so on and so forth, though not necessarily in a straight line. William’s direct descendants used their power and cunning to maintain that line. Sometimes, though, the cunning was missing, and luck came into it. There were uprisings and rebellions by non-family members and more than once, serendipity stepped in. Take King John, for example. John, William’s great-great-grandson was a horrible king. Even after being forced into Magna Carta, he managed to push all the wrong buttons. What saved his and his descendant’s claim on the throne? He got sick and died. The Barons basically went, “oh, well, that’s over. Let’s crown little Henry.” (not the vacuum cleaner)

The new Henry III grew to be a man, but not a very strong king. Fortunately for the Strong Woman Michigan strong don’t mess with big gretch shirt and by the same token and family, though not for the Welsh, Scots, or Jews, his son, Edward, was one of the kick-assiest medieval princes/kings there were. As the king’s son, he successfully put down a real threat to his father’s crown, then as King Edward I, ramped up the power. In turn, his son, Edward II was weak. The luck here was Edward II’s queen was one tough cookie, who removed her husband from the throne and secured it for their son, Edward III. This is the king where all the medieval chivalry stuff comes from. Also, once he came of age, he made sure his mother and her lover paid the price. The next hundred years were cousins fighting over the crown. As part of this familial fighting, a little known descendant of William, his 11-x-Great-grandson ended the cousin wars in battle. The first Tudor king, Henry VII. Henry’s daughter Margaret Tudor married into the Scottish ruling Stewart family by marrying James IV, King of Scots, so that when the Tudor line ended, the Stewarts assumed the English throne with James I (VI of Scotland). This Hanoverian branch of the family held the throne until 1901, when Victoria died. Victoria’s husband, Albert, was a German too, the Saxe-Coburg-Gothas. Their son, Edward VII, wasn’t king very long. About 9 years. But he did help initiate the Entente Cordial, which led to the alliances that won the two world wars. Despite surviving the anti-monarchist movements in Europe, the monarchy was proving to be stale. First Edward VII, then his son, George V (William’s 25-x-great-grandson, still in it!), changed that. More adaptation. Pomp and circumstance! The people loved it. They reinvigorated and reinvented the monarchy for a modern world and it stuck. Sometimes, though, even the best efforts begin to wear thin. The post-WWII world was very different than the early 20th Century. Though George V’s son, George VI, was popular, as was his daughter, the current Queen (William’s 27-x-great-granddaughter), there were some perceived anachronisms in the new world. In the early 1950s, the new Queen’s husband, Prince Philip took on a new role – He went to work at modernising everything. More adaptation. From modernising the palaces, getting rid of old fashioned activities (he would even cook his own meals), focusing on public engagements and charities, he made the monarchy relevant again.